Slow-pitch softball is a recreational, social and enjoyable mixed-gender team sport, suitable for adults of all ages and abilities.

It’s easy to learn and play and you don’t have to be incredibly fit or have much experience of team sports to get the most out of the game.

Softball is a variant of baseball, played with a larger (though hard) ball on a smaller field, with the ball pitched to the batter slowly underarm instead of quickly overarm like in baseball.

This is intentional: slow-pitch softball is a much more engaging and involved game than baseball where lots of batting and fielding, the main skills of the sport, happen every game.

The aim of softball is to score more runs than the other team at the end of 7 innings (an inning is over when 3 players are out on each team). Unlike in cricket, the batting lineup repeats until the game is over, so if you get out it’s likely that you’ll bat multiple times again in the game. The constant switching between batting and fielding keeps the game exciting, involved and helps to quickly develop multiple skills.

Softball bats are metal or, more commonly nowadays, composite versions of baseball bats. Fielders use baseball gloves when fielding and catching the ball. Each team is made up of 10 players and the aim is to have 5 men and 5 women on each team with an equal distribution of each in the batting lineup and fielding positions.

The fact that men and women play together in the same team and on an equal level gives the sport a social buzz, and most softball games are followed by sessions at the local pub!

Best of all, softball encourages new friendships and team-building. It is a great social activity as well as a sporting competition so why not give it a try!

You can read more about softball here (look for slow-pitch softball). 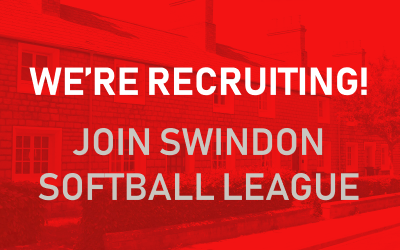